Bilbao: “the” modern city of the Spanish Basque Country 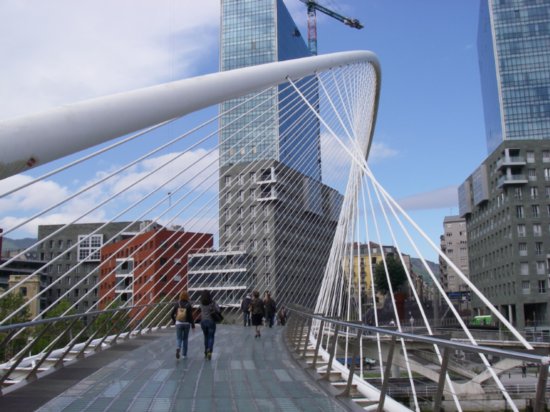 As the capital of the Bay of Biscay, Bilbao (pop. 1,000,000) has become “the” modern city of the Spanish Basque Country. Today, it is the region’s center of economic and infrastructural growth.

The urban renewal of Bilbao, from an old industrial port to a renovated city is linked directly to a major architectural effort, which included such projects as the famous Bilbao Guggenheim Museum, the Passerelle de Calatrava, Norman Foster’s underground, Philippe Stark’s Alhondiga and more such as towers designed by architects Arata Isozati and César Pelli.

Many famous names have contributed to Bilbao’s new image.

The city’s cultural heritage is vibrant, and evolves endlessly.

At Enjoy Bilbao, we strive to share with you the dynamic and modern vibes of this fascinating city

Together we can reach the heigths of excellence and perform the extraordinary !